Wouldn’t it be amazing if a wonder product existed that could power your telescope, work as a flashlight and start your car battery if you get stranded on the side of the road in the middle of nowhere all at the same time? It might be hard to believe, but such a product exists and we love the concept – meet the Celestron Powertank. This power tank battery, destined for Celestron telescopes and beyond, is one of the most popular telescope batteries and telescope accessories on Amazon, and we can completely understand why. It comes literally loaded with features and all sorts of uses that you probably never thought of.

For the enthusiastic amateur (but also experienced) astronomer that loves venturing into the wild at night to catch the best observing conditions, the Celestron Power Pack is a must. Not only can it help you keep your electronic / computerized telescope alive for a long period of time, but it can also help you avoid potentially dangerous situations when traveling for observing. This review is dedicated to offering you all the information you require to understand how the Celestron Powertank works and why you should add it to your personal collection of telescope accessories, especially if you plan on traveling to remote places to observe celestial bodies. After you read this Celestron Powertank Review, pack your bags, gather your telescope and other accessories and get ready for a truly unique, long and worthwhile experience watching the night skies.

What is the Celestron Powertank?

The Celestron Powertank also comes with a series of extra goodies included, such as a cigarette lighter adapter, a universal, Celestron Power Tank manual, shoulder strap (as the product is a bit heavy), switchable AC adapter (for 110 V / 220 V), Celestron power cord, as well as the Lithium Metal batteries it requires to function. It can help you set up and power any Celestron telescope and even restart your car battery if you run out of juice. The unit seems like a dream come true for active astronomers, but Celestron Powertank reviews also point out a few minor cons that you should take into consideration before making your purchase. Here is what you should know about it, in a nutshell. 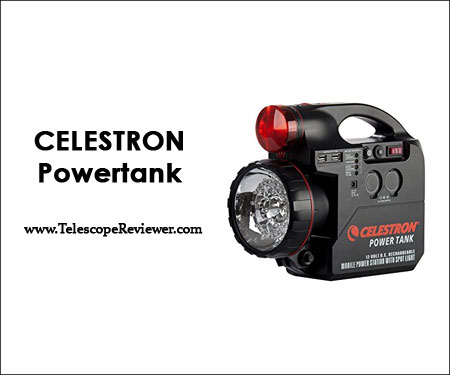 Pros and Cons to Using the Celestron Powertank

Where to find the Celestron Powertank?

Currently, the Celestron 18774 Power tank has an 18% discount off its initial price of $69.95, which means that you can buy it now for just $57.26. Nevertheless, you should click on the link we have provided above to see the updated price at the team you are reading this review.

You can also buy the Celestron Powertank from B&H Photo, Video and Pro Audio, Telescope.com or the official Celestron website, but you will always find the best price on Amazon.

Unfortunately, quite a few users expressed maintenance issues with the Celestron Powertank (at least with the 7 amp hour version we have talked about). Many mentioned poor factory assembly and experiencing problems with the unit ever since they received their order. The Celestron Powertank needs to be taken care of continuously so you can enjoy all of its features for a long period of time, so make sure that you charge the pack once a month (at least) to have it working properly. 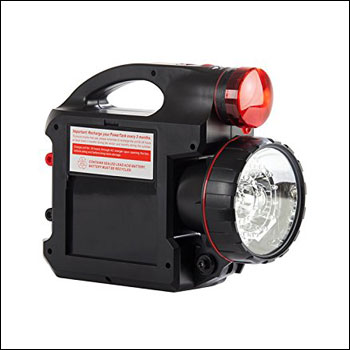 You will need a few accessories for the Celestron Powertank to work, but the good news is that all of them are included in your package when you order it on Amazon (as we have explained in the first part of our review). Some Amazon users have also purchased a Celestron 18778 AC Adapter and / or a Celestron Accessory Kit, in addition to their Celestron Powertank.

Amazon mentions that you need to get in touch with customer service to find out detailed information about warranty (you can do this here). The official Celestron website mentions that you have a 2 year warranty for this product, which can aid you in replacing it if you have faulty parts. For full information about the manufacturer’s warranty for the Celestron Powertank, please visit their Warranty page here.

When it comes to customer feedback, it might seem tricky to make out a clear reputation at first. While most customer ratings on Amazon are positive, some of the reviews marked as most helpful mention several disadvantages (that we have talked about in this review). Nevertheless, if we were to balance out the positive and negative aspects of this article, we would agree that the majority of customers are quite satisfied with their product.

Our personal conclusion regarding the Celestron Powertank is that it is a telescope accessory that you can truly rely on when traveling to view the night skies, as long as your product was received in good conditions. The only major issue related to the Celestron Powertank is that numerous users had received it with problems from the manufacturing company, or if you did not take care of your product in time. To make the most of your viewing experience with the Celestron Powertank, make sure that you charge it as recommended and that you contact customer service for any troubles you might be experiencing along the way. Other than that, it is an amazing unit that can literally become a lifesaver at one point or another in your travels.