When is the next eclipse? Total solar eclipses offer the most captivating and fleeting astronomical sight of all: the solar corona. Invisible at all other times because of the glare of the Sun’s disk, this outer atmosphere is only revealed to onlookers during a couple of minutes in the middle of a total solar eclipse when the Moon blocks 100% of the Sun’s light. However, do remember that all optical equipment needs filters for the partial phase of an eclipse. 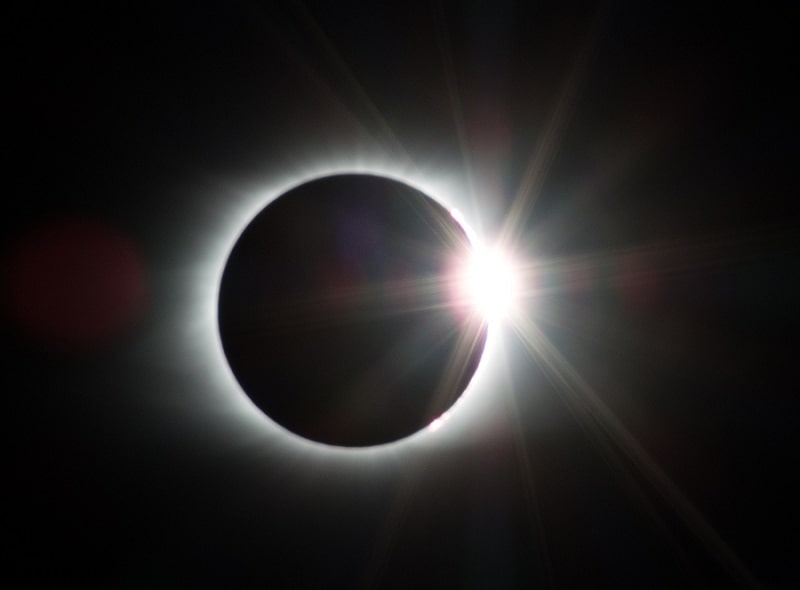 It happened in the U.S. on August 21, 2017, but the Great American Eclipse was no one-off. Here’s when and where to be over the next few years to experience a Total Solar Eclipse:

Since the southern hemisphere is mostly ocean, when an eclipse happens here, it’s usually seen only by fish. And though most of this Path of Totality crosses the South Pacific, it does touch land in two places. The first is Oeno Island, a tiny atoll that’s part of the Pitcairn Islands, a British Overseas Territory. The second, thankfully, is South America. About an hour before sunset the eclipse will be visible from Chile’s Elqui Valley, most of it a Dark Sky Sanctuary and home to several professional telescopes. Then, it will travel across Argentina, visible as a ‘sunset eclipse’ west of Buenos Aires. Like in 2017, totality lasts a couple of minutes, but in Argentina, it’s very late in the day.

Almost exactly 18 months later, South America once again gets a glimpse of totality. Chile and Argentina are in pole position for the second time, though this time the Path of Totality is much further south. Another two-minute eclipse, key locations include Villarrica and Pucón in the Chilean Lake District, and north of Bariloche in Argentina. This time the eclipse will be about 70° high in the sky.

This one is going to require plenty of money, but if you have deep pockets, it could be worth the trip. There are three ways of seeing this less-than-two-minutes totality in an area of the world that sees no darkness in December: on a cruise ship near South Georgia, from a special eclipse-viewing plane chartered from Punta Arenas in Chile, or at Union Glacier Base Camp in Antartica.

Although totality lasts a mere minute, and the Path of Totality just grazes Exmouth Peninsula, Australia should think themselves lucky; this is merely the first of five total solar eclipses lined-up for the 2020s and 2030s. Although Exmouth Peninsula and its wonderful Ningaloo Reef are bound to be busy, the tiny resort town of Com in Timor Leste would make an intrepid observing location if Exmouth proves a sell-out.

For the millions who saw their first Total Solar Eclipse in the U.S. in 2017, the Great North American Eclipse is most likely their next target. What’s more, totality in 2024 will be over four minutes. It begins in Mexico, where Durango and Coahuila will experience totality. Then, it comes to the U.S. States of Texas, Oklahoma, Arkansas, Missouri, Illinois, Indiana, Ohio, New York, Vermont, and Maine. Lastly, Canada’s Ontario, Quebec, New Brunswick, and Newfoundland also get a view.

Jamie Carter is the author of A Stargazing Program for Beginners and editor of WhenIsTheNextEclipse.com.