What Is the Celestron 114 LCM Computerized Telescope?

This telescope is a Celestron Newtonian telescope that enjoys great feedback on verified platforms, such as Amazon, and is highly recommended for beginners. The Celestron LCM 114 Telescope is compact and pretty lightweight. In addition to this, it comes with almost everything you need to start observing: one low power eyepiece, one high power eyepiece, a red dot star finder, a computer controller, a tripod, and astronomy software (The SkyX). 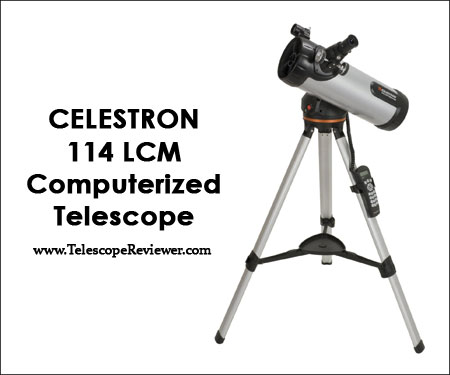 The only thing you will need to purchase separately is a pack of batteries (8 AA batteries). Nevertheless, if you plan on traveling with this Celestron reflector telescope, we highly recommend that you bring several packs of batteries, so you’re certain that the power won’t die out on you. On this note, a battery-saving tip that one Celestron 114LCM computerized telescope review offers is to turn the red dot finder off when you are not using it, as it seems to be the main ‘culprit’ for fast battery consumption.

If you want to observe planets, galaxies, or star clusters, this Celestron Newtonian is a wonderful way to start; you can easily use it to observe the rings of Saturn, Jupiter’s belts of clouds, or even Jupiter’s moons. Even though Celestron Nexstar telescope reviews might seem tempting, there are plenty of reasons for you to consider the Celestron 114 LCM Computerized Telescope. 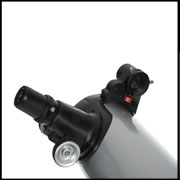 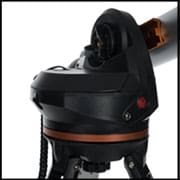 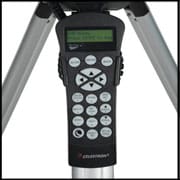 Where to Find the Celestron 114 LCM Computerized Telescope

At TelescopeReviewer.com, we always recommend purchasing your telescopes from a reliable source. Even though you might be tempted to go to a second hand seller for a few bucks off, we greatly suggest that you get your product new, from online retailers like Amazon. Sometimes, you can find offers that include discounts and/or free shipping in the United States. If you choose to buy it from Amazon, just make sure that you get it from the official Celestron seller. 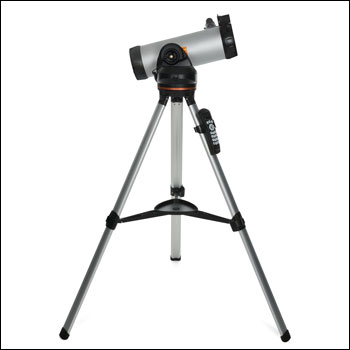 The Celestron 114LCM Computerized Telescope comes with two eyepieces: a 9mm one and a 25mm one, both measuring 1.25″. It is focused on bright optics, which allows you to see both Jupiter’s cloud belts and Saturn’s rings. You can also spot objects in deep space, like galaxies and star clusters.

The telescope enjoys the advantages of the SkyAlign system, which is fast and easy to use. Due to the computerized tracking system, there isn’t much you have to do, which is great for beginners and more advanced users as well.

Consumer reports don’t show any particular guidelines related to Celestron 114 LCM Telescope maintenance, so we recommend that you take care of this telescope as you would any other model.

The most important thing to keep in mind is to protect the lens as much as possible, because dust can damage it, affecting the quality of the image. Touching it is not a good idea either, except when you clean it, which should be done using a microfiber cloth. 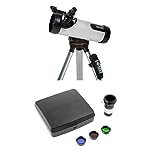 You will need 8 AA batteries for the Celestron 114 LCM Computerized Telescope to work; other than that, you receive two eyepieces, a red dot finder, computer controller, tripod, and software with your order.

Like almost all Celestron products, the Celestron 114 LCM Computerized Telescope comes with a 2-year warranty.

Customers appear to be thrilled with their Celestron 114 telescope, as this model has an above-average customer rating. More than half of all customer reviews are rated highly, and people praise the specifications and features of this telescope.

Of course, not everybody is satisfied with their purchase. Most often, people complain about the faulty and lightweight tripod, which makes it difficult for them not to make the telescope wobble when touching it, as well as about the weak battery life. However, most users still recommend this telescope.

Beginner astronomers should look into the Celestron 114 LCM Computerized Telescope as their first scope. Even if it isn’t the first optical instrument you have invested in, the Celestron 114 will offer brilliant images without too much hassle, or a huge price tag attached. Even if this scope is more targeted to beginners, experienced astronomers can enjoy its features as well, as long as they do not have extremely high expectations. 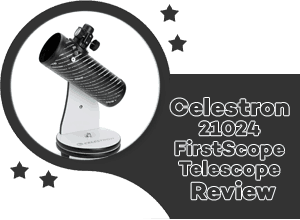 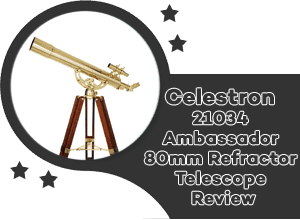 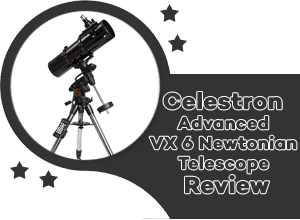 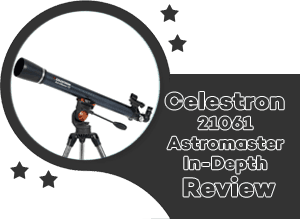 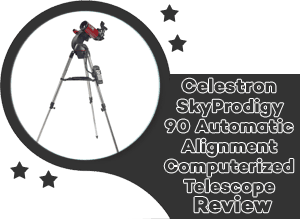